Turmeric: Is It Really a Superfood? 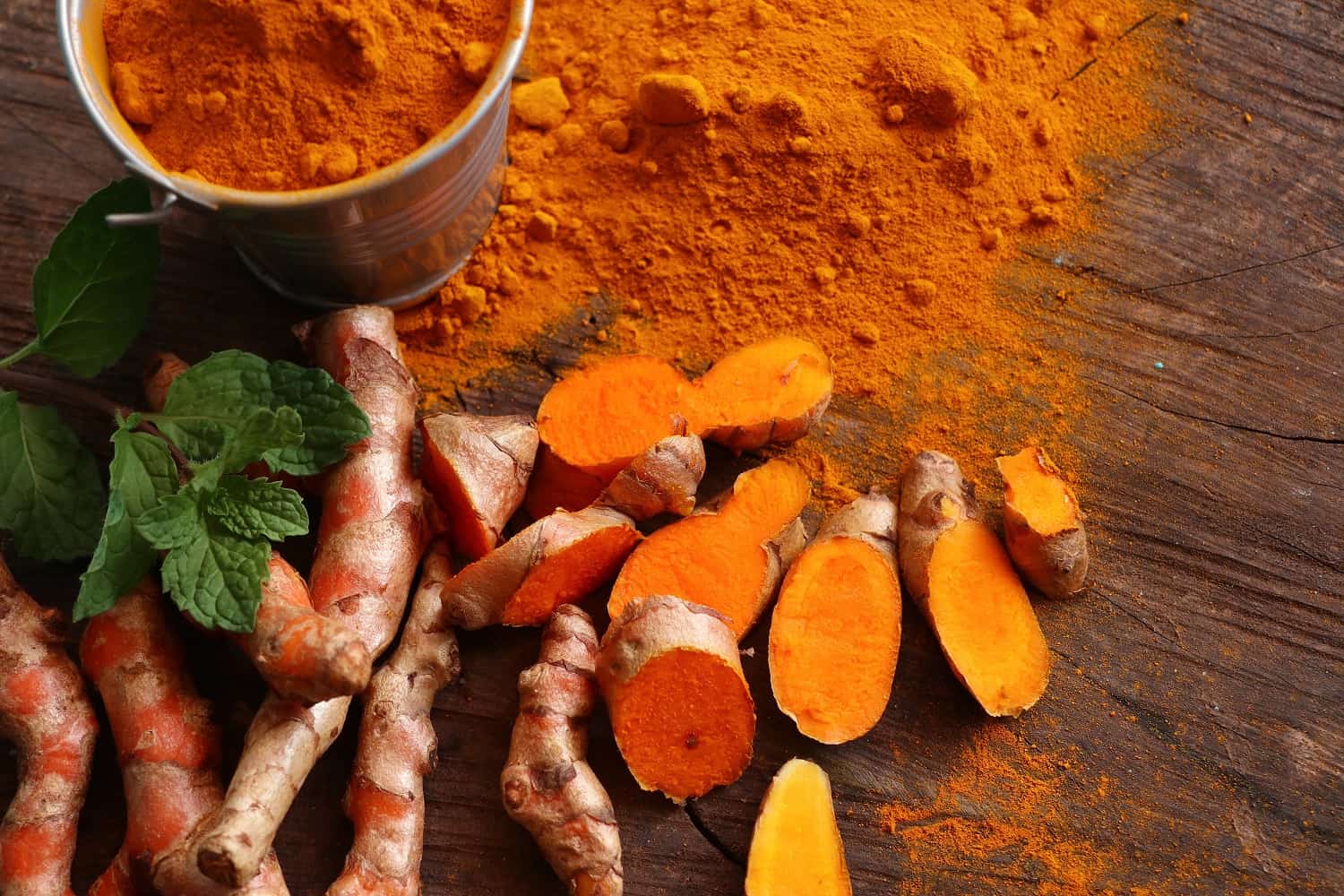 Turmeric, a golden bright yellow spice that comes from a root, is commonly dubbed a “superfood.” Find out why in this blog post!

Turmeric, a golden bright yellow spice that comes from a root and is commonly found in curries, Golden Milk lattes, and mustards, has been dubbed a “superfood.”

The buzzword “superfood” is defined by the Merriam-Webster dictionary as:

When searching through turmeric products online, you’ve probably seen the term “superfood” on various packaging. While the term superfood may be used as a strategic marketing tactic by numerous companies, are there actually benefits to consuming this golden spice?

Curry on and keep reading!

A Brief History of Turmeric

Plants and herbs have been used to combat disease for centuries. And one of the oldest spices used in the Western and Southern parts of India is turmeric. Turmeric is also known as:

Originating in India, this spice was used in Ayurveda, the Indian system of holistic medicine, to treat various ailments – including cancer. Historians aren’t 100% sure, but turmeric most likely made its way to China by 700 AD, East Africa by 800 AD, West Africa by 1200 AD, and Jamaica in the 1700 AD.

Today it’s a popular spice in the same plant family as ginger. It’s grown in tropical climates and used throughout the world. The turmeric plant needs to grow in temperatures between 20-30°C (68-86°F) and in an area that receives a considerable amount of rainfall.

The world’s largest producer of turmeric is Erode, a city in Tamil Nadu (Southern Indian state). It’s commonly used in foods, cosmetics, and medicine. Some examples of food that contain turmeric from Indian and Middle Eastern countries include:

If you’ve done any research on turmeric, you’ve probably come across the term “curcumin.” But are these two compounds the same? Let’s explore that next.

Are Turmeric and Curcumin the Same Thing?

The short answer: no.

Curcuminoids are also phenolic compounds that may protect against tumor formation, inflammation, nerve cell damage, and/or injurious effects of radiation.

You can consume curcumin by consuming turmeric itself. Pure turmeric powder has the highest curcumin concentration (3.14%). If your practitioner has advised you to consume a larger amount of curcumin, you will want to consider taking curcumin supplements, as it would be pretty impossible to consume enough turmeric powder to get to therapeutic dosing.

Your body may have a hard time absorbing turmeric or curcumin, so consider pairing any food containing turmeric or curcumin with black pepper and/or an oil or lipid carrier. Black pepper contains piperine, an alkaloid and lipid carrier that enhances curcumin’s bioavailability.  Bioavailability is your body’s ability to absorb and use a substance.  There are also some interesting theories about how your gut bacteria play a role in the absorption and bioavailability of curcumin as well.

The Benefits: What Turmeric is Good For

It’s clear that turmeric and curcumin provide health benefits when consumed. In Ayurvedic medicine, turmeric was known to have medicinal properties such as improving digestion, dissolving gallstones, relieving arthritis, and regulating menstruation. We also know that turmeric has gained media attention for its anti-inflammatory properties. But do scientific studies support these findings?

Let’s explore the conditions that turmeric and curcumin have been used for in more detail.

Pain is caused by unpleasant emotional or sensory experiences associated with actual or potential tissue damage. While pain is subjective and is difficult to quantify, this doesn’t diminish the benefits that curcumin and turmeric have for patients dealing with pain.

Turmeric eases stomach pain while curcumin has helped reduce pain and stiffness in joints. Turmeric has also been used with dental problems – dentists massaged aching teeth with ground turmeric to eliminate pain and swelling. It may also reduce the pain from osteoarthritis, menstrual cramping, and intestinal pain.

I recommend curcumin and turmeric for my patients to with pain management.

Inflammation is highly linked to pain. Inflammation normally occurs as your body’s natural defense mechanism against injury or infection. Signs of inflammation include redness, swelling, heat, and/or pain.

Psoriasis is a skin disease that causes red, itchy patches. A study found that patients treated with curcumin showed reduced psoriasis conditions and served as an adjuvant therapy (a therapy used after primary treatments) against psoriasis.

It’s important to support your immune system to protect your body against pathogens and protect those around you. I recommend curcumin because it works on your immune system via 11 different mechanisms. We’ll explore turmeric and curcumin’s benefits in autoimmune disease next.

Curcumin was shown to reduce the total cholesterol and low-density lipoprotein (LDL) cholesterol levels. Curcumin may also prevent LDL oxidation. This is important because oxidized LDL may contribute to the formation of atherosclerosis (plaques in the arteries).

We don’t want anything to restrict blood flow, so curcumin may help to prevent this from happening.

It’s amazing just how many health benefits this golden spice has on our bodies. But how exactly does it work in the body? Keep reading to learn its mechanisms of action.

Mechanisms of Action: How Turmeric Works in the Body

Studies have shown that turmeric and curcumin have many mechanisms of action and have numerous targets in the body. Curcumin has properties that can change the activity of your growth factor receptors, enzymes, and other molecules.

While research is still being conducted, there are several mechanisms of action that specifically curcumin have at the cellular level.  Here are 3 examples:

If you’re interested in learning more about the various pharmacological actions of curcumin and turmeric in varying diseases, you can read more about them here.

If you’re looking for an easy way to incorporate turmeric into your diet, consider my favorite Super Turmeric Golden Milk latte. It contains coconut milk, cashew milk, black pepper, and MCT oil and/or C8 oil that will increase the absorption of turmeric and curcumin. These oils also provide some antiviral and antifungal benefits.

Want to Learn More About This Amazing Superfood?

While “superfood” may be an overused term to get people to buy products, turmeric is the real deal.

From its rich history in Indian cooking to our Golden Milk lattes today – this spice is worth incorporating into your everyday cooking. You can also consider supplementing with turmeric. And be sure to pair turmeric with black pepper or an oil to increase absorption.

For more resources on turmeric, visit my blog. You can also follow me on Instagram. Be sure to tag me if you make my Golden Milk Latte.

If you’re interested in learning more about the natural therapies, call to book an appointment at 602-892-4727 or fill out our contact form.

Read all of Dr. Emily’s latest updates to stay informed about ways you can upgrade your approach to wellness.
No spam, notifications only about new products, updates.
PrevPreviousBody Composition Analysis
NextThe Most Common Nutrient DeficienciesNext