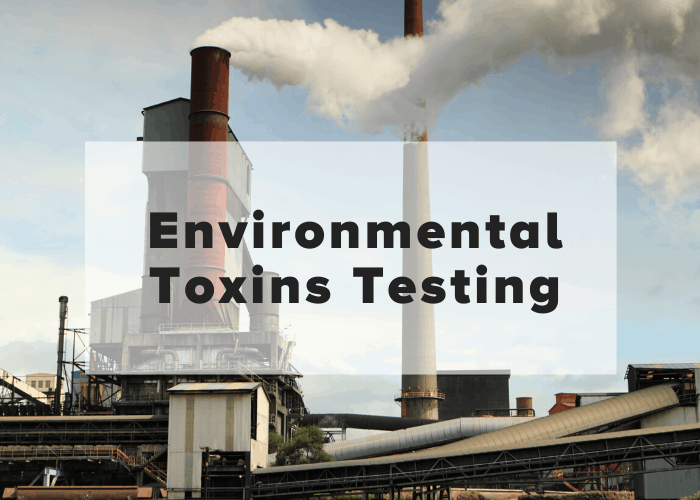 Hi, this is Dr. Emily Parke with your next Functional Health Minute. I’m continuing my series on advanced functional medicine testing, next I’d like to go over some tests that we would do for toxin testing. And today I’m going to go over an environmental toxins test and I like to use a company called Great Plains because I get many different metabolites on environmental toxins. But just to kind of clarify, this is actually a little bit different than doing a heavy metals test, let’s say. This is not looking at total body burden of metals like a provoked metals test would, for example. This is actually looking at your current exposure, as in exposure in the previous several hours to several days before the test was run. So it can give you some valuable information.

Here’s an example of a test report and I like how they report it because it gives you not just a random number, let’s say. It obviously does report the data exactly how it’s run, but it also tells you where you are along a percentile bar. And so all the way over here is going to be 95th percentile, meaning your levels were higher than 95% of the rest of the population tested. Then there’s the 75th percentile over here, and then the LLOQ is the lower quadrant. So if it’s below that, then it’s pretty much not considered an issue.

It also looks at toxin metabolites from things like plastics and resins and phones. It also looks at metabolites of things that might be in your water. For example, the one that’s really high here is the first marker, it’s for MTBE/ETBE. And so that is a common one in air pollution and also can be from contaminated water where there’s been gasoline. So that’s just another great example of something you might be getting exposed to that you have no idea that you’re currently being exposed but could be affecting your health and could be giving you symptoms in some way, shape or form.

The test also looks at one other really cool marker… By the way, this is a four page test result test and there’s a total of 19 different markers, 18 of them are toxin testing. The last marker on the last page is looking for… It gives you a value for something called Tiglylglycine, which is a marker for mitochondrial damage. And if it’s too high, the mitochondria, which are the powerhouse of the cells and the energy producers can become damaged. And the reason that’s on an environmental toxins test is because when there’s a toxic overload, your mitochondria do become stressed and then lots of symptoms can happen. You can start to get fatigue, and brain fog, and muscle weakness, and spasms, and cramping and so on and so forth. There’s many, many symptoms that can happen from mitochondrial dysfunction.

So if you’re interested and looking at what your current exposure might be like, this would be a great test. This is of course collected via a urine sample, so it’s going to be looking at the water soluble toxins. There is another company I will use if I think someone’s really exposed to high levels of some of the fat soluble toxins, like for example, parabens, which is if someone’s been my patient for any length of time, they’re instructed to look for products that do not have parabens and phthalates and things like that in it. But if we’re curious, then we’ll actually do… There’s a blood test by a company called Genova and we’ll get that test to look at the fat soluble toxins as well.

So this is just another way to look at your toxic exposure. There are going to be a couple of other tests that I’m going to review in future Functional Health Minutes in just a couple of weeks. All right, I hope this helps explain a little bit about the Great Plains Environmental Toxins Test, this is Dr. Emily Parke with your functional health minute.

If you’re interested in checking out functional medicine in the Phoenix, Scottsdale, Paradise Valley, Arizona area, call to book an appointment at 602 892-4727 or fill out our contact form. If you’re not local to us, why not try 7 Weeks to Your Healthiest Self – our masterclass that provides you with the lifestyle change benefits of functional medicine – from the comfort and privacy of your own home.

Read all of Dr. Emily’s latest updates to stay informed about ways you can upgrade your approach to wellness.
No spam, notifications only about new products, updates.
PrevPreviousCOVID-19 Update 4-6-2020
NextTesting for MycotoxinsNext