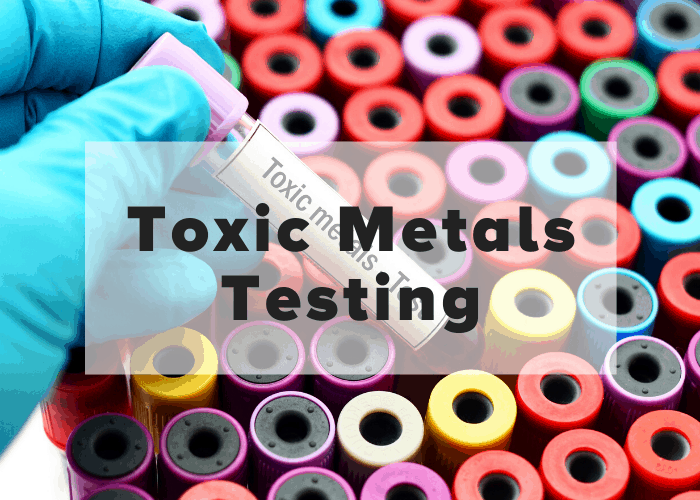 Today, I'd like to go on to another type of testing that we look at frequently in functional medicine and that is the evaluation of toxic metal burden.

Hi, this is Dr. Emily Parke with your Functional Health Minute for today. Now I’d like to go on to another type of testing that we look at frequently in functional medicine and that is the evaluation of toxic metal burden. And there are different ways to do a test and look at a test. A lot of times what I’ll have patients do as a screening test to look for current exposure is via Quest or LabCorp, I’ll have them go and do a regular urine sample to look to see if they’re currently exposed to things like lead, and mercury, cadmium, thallium and arsenic for example.

If they are currently exposed, then we start there and talk about, where might you be getting exposure to those because you need to stop current exposure for sure. Then the next part of the test would be looking at what’s called the provoked metals test and that is using a what’s called a chelating agent. Now a chelating agent is something like a DMSA, for example, that acts like a magnet and pulls the metals out of their hiding places. And I say “hiding places”, what I really mean is storage. Because when we’re exposed to something toxic, our body’s pretty smart and it will put it away from your vital organs. And so it gets stored in places like bone and fat.

So, in order to do the test, to look at what your total body burden over your lifetime of toxic exposure is, we have to give a provoking agent like DMSA that acts like a magnet and pulls the metals out of their storage places. And then you collect your urine for the next six hours and then you send in a sample of that to the lab and it’s analyzed for about 20 different analytes. Of course the most common exposures are lead and mercury, which are obvious ones. But then there’s others like arsenic for example. In Arizona, we actually do have a little bit of arsenic in our water. I’m seeing a lot of thallium exposure too.

And then there’s more rare exposures, or what I call targeted exposures. Meaning if you had for example, a medical test with barium in it, like a barium swallow study, or a barium enema study, or if you’ve had an MRI with gadolinium, of course those are going to show up on your test and we do still want to detoxify them. But any of us that were born in the seventies or earlier, we’re very likely to have a load of lead and mercury, because it was out and about in our environment, especially mercury amalgams, like dental fillings, were pretty ubiquitous. And lead, the lead paint laws that had changed in the late seventies and so there’s some basic exposures there.

I’m not going to get into the details on how you might’ve gotten exposed. I’ll do that in another video. But I’d like to show an example of a test. So this is an example of a provoked test and it does look at 20 different types of metals. And this particular person, their test is pretty good. So the green what’s considered “normal exposure”, and then yellow would be considered moderate and red would be considered severe. But remember I was talking about doing it provoked test. And so when you do a provoked test, you have to take that into consideration.

So even though there’s a couple values in the yellow here, it’s really because we did it provoked. This is really not a very toxic test. So it doesn’t mean I do nothing, but I’m less likely to get really hardcore and serious about doing a metals detox with this type of a test. Now, in comparison to this person’s test, they have quite high levels of mercury and, and this particular person did have some mercury amalgams and we did a blood and a urine non-provoked test. And they did actually have small levels of mercury in their blood. So this person did go get their mercury amalgams removed and we’ve done several rounds of detoxification. A lot more serious detoxification than in the previous example. And this person’s mercury levels have decreased significantly over time and actually had some beautiful symptom resolution to things that he didn’t even know were going on until he started actually feeling better.

So the test is relatively easy to do. Like I said, you’re taking a provoked agent and then collecting urine for the next six hours and then it gets sent into the lab. So it’s relatively easy to do. You just have to plan out a time when you can collect all six hours of urine. But the provoked test is definitely useful and helpful. This is Dr. Emily Parke with your Functional Health Minute for today.

Read all of Dr. Emily’s latest updates to stay informed about ways you can upgrade your approach to wellness.
No spam, notifications only about new products, updates.
PrevPreviousUpdate on a Potential Supplement Regimen for Coronavirus
NextCommon Causes of Thyroid Disease. Do You Have an Autoimmune Disease of the Thyroid?Next