The Importance of Performing a Stool Study 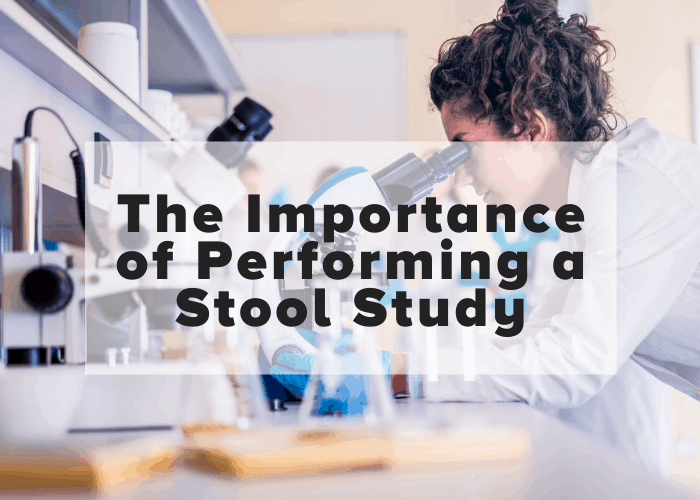 On this edition of Functional Health Minute, I'd like to go over another advanced functional medicine test: the stool study and the information it offers.

Hi, this is Dr. Emily Parke with your functional health minute for today. I would like to go over another advanced functional medicine test that I do very commonly, and that’s a stool study test. And, there are many different companies that offer stool studies. There are three that I’ve used over the years, and I’m going to show you example reports from each of the three. They give me about 90% the same information, but there are just a few differences of why I would order one test over another.

So, let’s get started. So, the first stool report is from a company called Genova and they give a lovely summary page, which I really like. And, then there’s several pages of data behind this. But, what I like is that it’s very clear in the boxes, like you know, do you have an infection or not? If there is an infection, a parasite, a bacterial infection, it’s going to show up here.

And, then it also gives us markers for inflammation, and there are several different markers for inflammation. In this example, this person just has an issue with something called secretory IgA, which is part of the immune system that lines the GI track and the respiratory track, your mucosal immune system. But, there are other inflammation markers that get reported with the test too. For example, calprotectin that shows up with inflammatory bowel disease, in other words like Crohn’s and ulcerative colitis, inflammatory bowel diseases like that.

And, next they give us a bunch of information about insufficiency. So, insufficiency is relating to digestion, like how efficient is your digestion? So, we get markers for how you’re doing digesting proteins, fat and carbohydrates, which can be really, really valuable and tell us if you potentially would need digestive enzyme support, or potentially more stomach acid support with something like betain HCl, or do you potentially need more bile acid support with some ox bile salts and so on. So, that’s a really valuable part as well.

And, then the imbalance section tells us if there’s bacteria that are out of balance. So, besides… You know, we already, you know, would get infection data. This is not infection. This would be, is there a dysbiosis? Meaning an overgrowth of something that is normally found but in amounts that are higher can potentially symptom causing and could really, you know, cause issues if it continues to grow. That would be considered a dysbiosis. And, if that’s going on, that will show up in this box here. And, then it’s also reported your, you know, commensal bacteria or your good, healthy bacteria. How do you measure up compared to, your cohort? Meaning like other patients of your same sex and age and whatnot. And, so it gives you an idea of your good gut microbiome as well.

So, you know, this is a pretty comprehensive test, and there are several, as I was mentioning earlier, you know, there are several pages of actual info, data and numbers, that your functional medicine practitioner will go over with you. And, they do actually… On the last, one of the last pages, they do actually give you a culture if there’s anything overgrown and even your levels of good gut bacteria, how does that grow out on a culture plate? So, that is company number one.

And then, the third company is Diagnostic Solutions, and it’s something called a GI-MAP. And, this utilizes what’s called PCR technology. It is the most kind of up-to-date technology for detecting DNA in stool. And, so this report is a little different because it does give you actual numbers of, you know, bacterial counts or viral counts or parasitic counts, yeast. So, it gives all of that. And, it does a couple extra special things. Like, it really gets into the details if you do have, for example, H. pylori. In this example, this person does not have H. pylori. But, if you did, it would, you know, kind of give you some of the virulence factors, meaning like how difficult is it to kill?

And, then at the end of the report, it even would give you some DNA data on what potential antibiotics, you know, it would be susceptible to if it was there, which is going to be really, really helpful. But, we still get information on if there are there overgrowths or dysbiotic bacteria.  And, there’s two categories listed, dysbiosis, and the other category is are there potential autoimmune triggers. So, I like that it’s broken down into that category. And, then of course it does report, you know, yeast like all the other stool studies. And, then it reports a couple of viruses as well, and also gives information on inflammation and digestion also. So, those are the areas that I’m really looking at when I order a stool study.

So, who needs a stool study? Obviously, it’d be great, you know, as a screening test for everybody. But, honestly, you know, if you’ve got GI symptoms of any kind, and that includes gas, bloating, acid reflux, constipation, diarrhea, abdominal pain. If there’s any GI symptoms of any kind, in functional medicine, of course we’re doing other things first. Like, we’re, you know, having you change your diet if there are some interventions there, doing a food elimination with reintroductions to see if there’s food sensitivities and there’s testing we can do for that as well, which I’ll get to in future health minutes.

And of course we’re looking at nutrient deficiencies, and toxins, and chronic infections and, you know, the influence of stress and sleep. It all can influence the gut. So, we’re looking at all of those factors. But, a stool study is, you know, one of the cornerstones to doing a GI workup and investigation in functional medicine. So, I hope this helps explain a little bit about stool studies. This is Dr. Emily Parke with your functional health minute for today.

Read all of Dr. Emily’s latest updates to stay informed about ways you can upgrade your approach to wellness.
No spam, notifications only about new products, updates.
PrevPreviousReview of the Organic Acids Test
NextTesting for SIBONext