How To Do A Basic Gluten Elimination 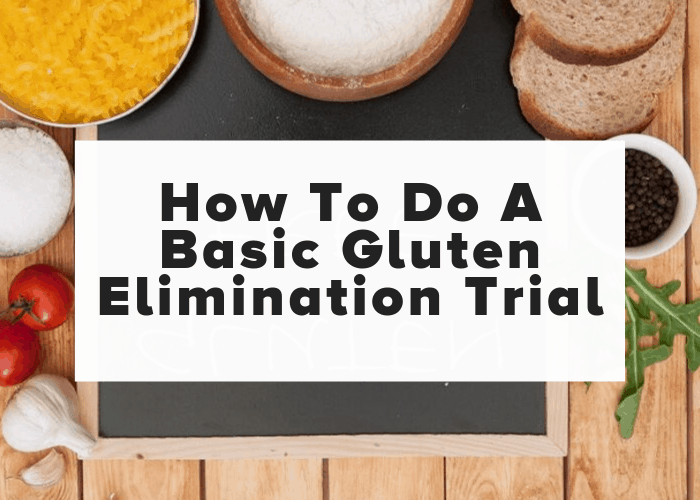 On today's Functional Health Minute, we're going to go over how to do a strict 30 day gluten elimination, and what products to look out for.

Today I would like to do Gluten, part 2. So I talked all about celiac disease versus non-celiac gluten sensitivity and about doing a 30 day gluten elimination trial to see if you might be sensitive. But now I’d like to get into the details about what exactly to do because while gluten is the main protein in wheat, but it’s not the only place that gluten is found. So avoiding wheat products is certainly a start, but there are other products where the gluten protein is found such as barley, also oats, unless your oats say gluten free, you would assume that they have gluten in them. Rye is another big one. Spelt is another big one. Malt. All of those have gluten in it. And you all have to get really specific and look at the ingredients on every single processed and packaged food item. And sometimes they are clearly labeled. Like it will say wheat, or it’ll say gluten in it, or it might just say barley or rye or spelt or oats, malt, it’ll say the exact ingredients in it.

But sometimes they’re a little bit tricky and it may just say something like hydrolyzed protein and you don’t really know what that is. So if you’re doing a strict 30 day gluten elimination, you really want to do products that are certified to be gluten free if you’re eating from a package. Right? And it’ll actually have some type of stamp or certification on there indicating that it is certified gluten free.

So obviously food is a huge source for gluten exposure. But there are other places where you could be getting exposed to it. So if you’re going to do a true 30 day elimination, it would be ideal to kind of clean house of everything you’re exposed to that might have gluten in it. So a really common place that I see gluten or, especially, hydrolyzed wheat protein to be exact, is in hair products. So shampoos and conditioners, hairsprays even. But you do want to take a look at your personal care products. Cause sometimes lotions, other things that you would never suspect have gluten in them, might indeed have gluten in them.

So you want to take a really good look at your personal care products as well. And there’s a couple of rare cases of things like, for example, dental appliances that used to have a glue that was made with some gluten and that has created some issues for especially exquisitely sensitive patients that have hard core celiac disease. That’s more of a rare occurrence. But you know, just to kind of throw it all out there as some of the more uncommon or off the wall kind of exposures to gluten.

But if you just want to do a gluten elimination for 30 days to find out if you’re sensitive or not, the main things you want to look for on labels are wheat, barley, rye, spelt, oats and malt. And there’s a huge list of specific flowers because… And there’s even different versions of wheat, right? There’s einkorn wheat, there’s semolina, Durham. You know, but those are all still wheat proteins. So you really do want to kind of get specific and know what it is that you’re putting in your body.

The other thing to consider, after you’re done doing your 30 day elimination of gluten, you of course are going to want to try to do a reintroduction phase where you reintroduce one serving three times a day, three days in a row as the only new thing you’re showing your body and you do want to document how you feel from head to toe. Cause it might not just be gut symptoms, right? We know this from previous videos that it could be anything from head to toe. Headaches, muscle aches, joint pains, skin rashes, mood changes, trouble with sleep. There’s a laundry list of things that could occur with exposure, with a food sensitivity, exposure to anything. Not even just wheat or gluten, but any food.

So those principles apply to the elimination and reintroduction process , but specifically when it comes to gluten, definitely take note of other areas because gut symptoms are obvious right? Like if we got gas or bloating or diarrhea or stomach pains or cramping, we would kind of notice it right away and really take that seriously because food and gut, we connect that really well. But yeah, we might not necessarily connect our mood, or a headache, or skin changes with a food reintroduction. But those are places that are commonly affected, especially when you do have a gluten sensitivity. So this is Dr. Emily Park with your Functional Health Minute for today.

Read all of Dr. Emily’s latest updates to stay informed about ways you can upgrade your approach to wellness.
No spam, notifications only about new products, updates.
PrevPreviousAutoimmune Diseases of the Joints
NextStaying Healthy While TravelingNext