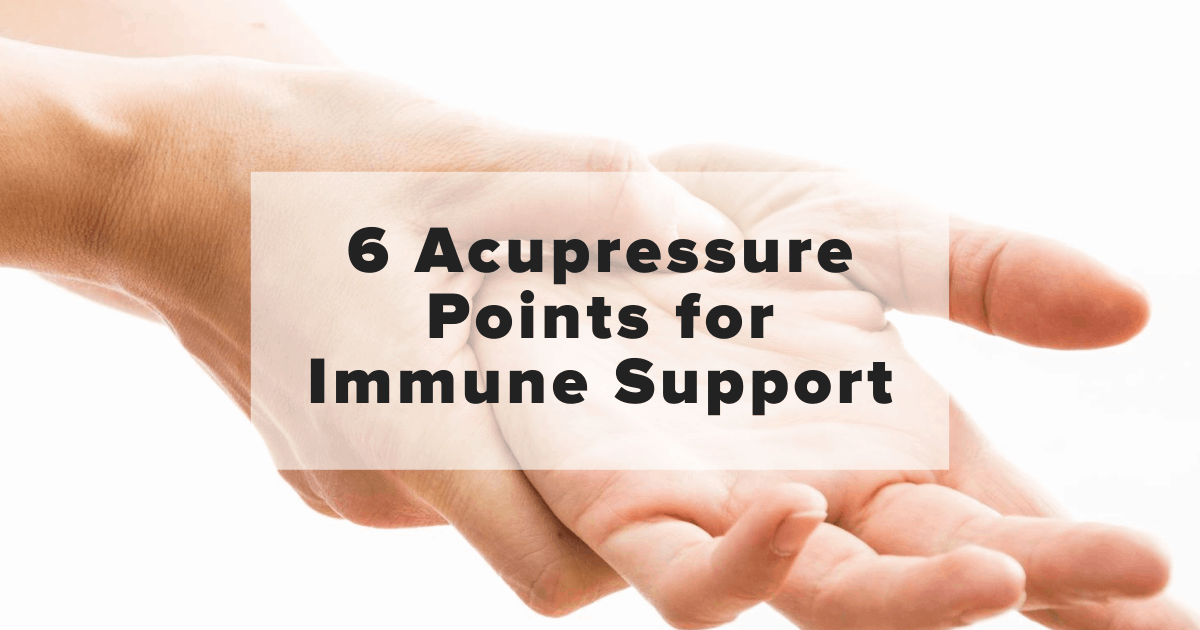 Dr. Fred Russek, who specializes in medical acupuncture, demonstrates 6 acupressure points that you can apply to yourself anytime and anywhere!

Have you heard of acupressure? It’s similar to acupuncture except you don’t use any needles. Dr. Fred Russek, who specializes in medical acupuncture, demonstrates 6 acupressure points that you can apply to yourself anytime and anywhere! Read the transcript for this video below.

This treatment is not designed to treat or diagnose any serious medical condition. Book now with Dr. Russek and receive 20% off one of his services!

Learn more about his services below.

Hello, I’m Dr. Fred Russek. I’m an osteopathic physician. I’m board certified in anesthesiology with fellowships in interventional pain medicine and pediatric anesthesiology. I’m also trained in medical acupuncture, boarded by the American Board of Medical Acupuncture, and certified in classical five element acupuncture by a Worsley approved program. Presently, I am practicing acupuncture at Arizona Wellness Medicine in Paradise Valley, Arizona.

My associate Dr. Emily Parke asked me if there was something that I could do with acupuncture or acupressure to help patients during the COVID-19 pandemic. I recently completed a webinar with Dr. Pin Lai, he’s a medical doctor from China, nationally certified in acupuncture. He has a master’s degree from university in Australia in molecular immunology, and has done research in Australia, at Harvard University and the University of California in viral infections and immunology. He’s a former assistant professor at the University of San Francisco.

This is acupuncture using acupressure instead of needles. There are six points that we will go over. Each one of these is on the face, the hands, the neck and the back of the neck. There are no needles. There is no pain. There is no risk. There is no downside. Unfortunately, this is an alternative form of medicine where I have to put out a disclaimer where it states that this is not designed to treat, diagnose, or prevent anything. In reality, I would say if you’re looking for something to improve your immunity, some folks are taking vitamin C, zinc, possibly echinacea, I would put this in a similar position with these supplements. However, I’ve found these things to be very, very beneficial.

The first point is called Lung 10. It is on the thenar eminence of the hand. That’s the bulge below the thumb. You’re going to press your thumb against the knuckle of the index finger, and when you do that, you’re going to see the muscle bulge at the base of the thumb. You’re going to reach over and feel the prominence of that. You’ll feel it by sliding up and down. When you find that prominence, you’re going to press in gently. When you do that, you may find a tender spot. At that point, you gently massage and/or apply pressure to that area. If you’re feeling pain, you’re pressing too hard. You go over to the other hand, do the same thing, press the thumb against the knuckle of the index finger. See the bulge when you press it down. Apply pressure there.

The next point is called Large Intestine 4. It’s on the opposite side of the hand, the dorsum of the hand. Again, between the base of the thumb and the index finger. Press against the knuckle, and you’ll see a bulge in this area right here. Feel the prominence of that. Apply pressure or gentle massage. I’m holding my hand up. You can lay it on a table. It’ll be a lot easier to do that. One to two minutes, go to the other side again, press against the knuckle of the index finger. Find the prominence and massage that for one to two minutes.

The next point is called Large Intestine 20. It’s at the nose. You will see a fold here running down inside of your cheek next to the nose, and the prominence of the nasal ala here, which is like the bulge on the nostrils. Go right at the midpoint of the bulge on the nostrils. Press in gently, you will feel an indentation in the facial bones down there right next to the nose. When you feel that, take your fingers, press in toward the nose, not into the face, toward the nose. Pressing into the face you’re going to do automatically, but you want to get that by the edge of the nose. You’re going to massage that area for one to two minutes.

The next spot is Stomach 9. Stomach 9, you’re going to come down the trachea, the windpipe. You’re going to feel the Adam’s apple. Feel it with your fingers. Swallow. You’ll feel it move up and down and you’ll feel a prominence there. When you feel that prominence, put a finger on the prominence and your other finger next to it. Slide it out until you run into a ridge of muscle. Press your finger in. You will feel the carotid artery pulse down there. You do not want to press into the carotid. You want to press just behind that, on that muscle. When you press in again on the muscle, you will not feel a prominent pulsing. If it’s still feel it, move back a little further. Do that for one to two minutes, gentle pressure, gentle massage. Go back to the thyroid prominence, the Adam’s apple. Swallow again. Feel the bulge. Slide out to the ridge of muscle and press in on the muscle gently for one to two minutes.

That’s the completion of the treatment. Remember, you can do this anywhere, anytime by yourself. If you’re pressing hard enough to make it hurt, you’re pressing too hard. If you’re serious about doing this, I would recommend it once or twice a day until this COVID-19 pandemic is over. Remember to keep safe distancing, wear a mask in public, and stay safe. Thank you for your time.

Read all of Dr. Emily’s latest updates to stay informed about ways you can upgrade your approach to wellness.
No spam, notifications only about new products, updates.
PrevPreviousChocolate Mint Smoothie with Coconut Whip
NextKey Nutritional Supplements to Help Your Immune System Fight Viral InfectionsNext