How To Properly Use Gloves for PPE 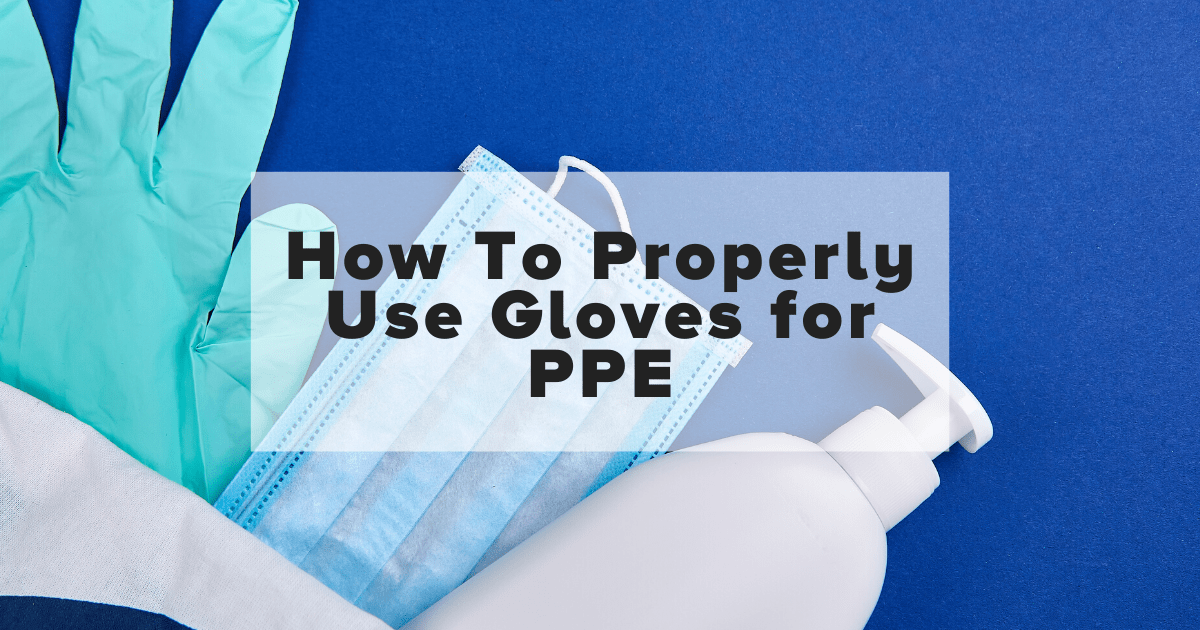 After you're done wearing your gloves, there's a proper way to dispose of them. Do you know how? If not, be sure to watch this demonstration!

Hi, this is Dr. Emily Parke. I wanted to jump on quickly with a Functional Health Minute and show you how to work with gloves properly. I know in a previous video, I showed you how to put on a mask properly, but I want to talk a little bit about gloves. Because out in the community, I’m seeing people wearing both masks and gloves, or sometimes just mask or sometimes just gloves. And I do see some of what I think is maybe a false sense of security with wearing gloves. So first of all, here’s a pair of regular disposable gloves, but there’s a lot of gloves out there that have either copper or silver embedded in them that are more anti-microbial. So you might also have those gloves, too. But if they’re reusable, then you definitely want to be either obviously washing them, or at least spraying them with a hydrogen peroxide, or at least 70% alcohol solution and letting them dry before you reuse them again.

And that’s the same principle as well with a mask. If you’re using a reusable mask, same thing, either wash it, or you want to make sure you spray it with something that obviously kills bacteria and viruses in between uses. So gloves, here’s one regular glove. So you put on your gloves and you’re not doing anything sterile, so you don’t need to worry about anything when you’re putting on a glove. So you’ve got the gloves on. Just because you have gloves on, does not mean you’re automatically protected. So if I touch this screen, if I touch something over here, I pick up a can of coconut milk at the grocery store, and then if I touch my mask or my face or my eyes, I’m still going to transfer whatever was on those surfaces, even if I’m wearing gloves.

So the gloves don’t protect you in that way. What they do is they protect the bacteria, virus, whatever pathogen from getting from the-in this example-can of coconut milk onto your skin, and then transferred to your mucus membranes, which is how you’re going to get sick, right? Eyes, nose, mouth. So after you’re done wearing your gloves, there’s a proper way to dispose of them. So if you’re wearing disposable gloves, what you’re going to do is you’re going to take your fingers and you’re going to tuck it in the inside of the bottom of the cuff of the glove. And you pull it off like that. So now, you can see the gloves inside out now. So the surface that touched all the stuff that you just touched is on the inside of the glove.

So if you want to be really technical about it, then you could ball this glove up, right? And you would now take your hand and you put it on the inside of the glove, because now the inside is still technically clean, and you would go ahead and take it off like that. So now, you have both sets of gloves on the inside, and the surface that touched the objects is no longer exposed. And then of course, you would throw them out. Now, if you have reusable gloves, let me just go through that quickly. So that’s non-disposable. Let’s pretend this is a reusable glove. So if you’ve got your reusable gloves on, so you got them on, same concept. If you want to keep them from turning inside out, one thing you can do is you can take the one hand that you’re not working on, you can start to pull the fingers like this, and you can pull the glove off, so that now you can lay this glove down, so you can spray it in your car or whatever surface you want to do the spraying on.

But then you’ve got this other glove that you need to work on getting off. So you can do this one or two ways. You can put your hand back in to just the bottom cuff of the glove and start to do the same thing, which is pull off the fingers from this glove that you still have got on. You’re not touching your skin. And so then you can kind of put all of the fingers that you’ve got loosened in the inside of this and pull the glove off. So now, your hands have not touched the outside of the glove at all. And again, you can now wash them or lay them down on a surface and spray them. And then of course, you’re still going to want to use hand sanitizer before and after you put gloves on. So the glove is just a barrier device in that way. It doesn’t negate the need to wash hands or use hand sanitizer. So this is Dr. Emily Parke with your Functional Health Minute on how to wear gloves properly.

Read all of Dr. Emily’s latest updates to stay informed about ways you can upgrade your approach to wellness.
No spam, notifications only about new products, updates.
PrevPreviousRemote Vital Sign Monitoring
NextCase Report: The Functional Medicine Approach to Type 2 DiabetesNext