The Basics Behind Cholesterol 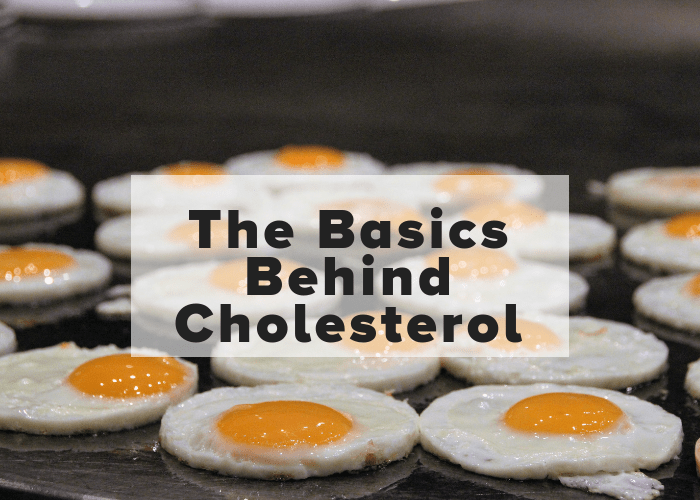 More people are being diagnosed with high cholesterol and are given medications such as statins BUT there are other ways as to managing cholesterol.

Hi, I’m Dr. Emily Parke. In today’s Functional Health Minute I’d like to talk to you about cholesterol. More and more people are getting diagnosed with high cholesterol and being asked by their traditional doctors to take medications such as statins. But there are some other ways to manage cholesterol. Of course lifestyle factors are huge, and that is going to involve some nutritional changes, of course, but it will also involve making sure you’re getting enough good quality sleep, managing your stress, making sure you’re getting good exercise, and that you’re not exposed to chronic infections and toxins, of course, too.

Next is your HDL, which is considered your good cholesterol, you’re good heart protective cholesterol. Think of that cholesterol as this, you know, so HDL stands for high-density lipoprotein, so this more dense type of cholesterol that actually helps kind of clean the pipe, so to speak. And we do want HDL cholesterol to be ideally above 50 to 60 for optimal health. Two things that can really increase that are increasing your fiber intake. So especially vegetable fibers, and increasing your daily activity or exercise. And the third major thing on the cholesterol panel is your triglycerides.

So, triglycerides, ideally we want them to be less than 100. There are some practitioners that will want them to be less than 70 or 80, especially if you are pre-diabetic, or have diabetes currently, and most labs will report normal as up to 150, but definitely, we know at least less than 100 is where you want it to be. Triglycerides are pretty responsive to dietary changes. It’s usually very responsive to a lower in carbohydrates and sugars in the diet, and sugars do include alcohol. Those are some simple changes you can make to help lower your triglycerides.

But there is some more advanced laboratory testing that’s out there now to help really kind of further stratify risks. It really does have to do with the inflammation that’s going on in the blood vessels, and so I’m going to kind of show you a picture here. This is a picture of a blood vessel. All the way over here on this side you can see, you know, the blood vessel inside of the lining, it looks perfectly clean, there’s no plaques being laid down. Then as plaques start to lay down what happens is the endothelium, the lining of the blood vessel wall starts to get a little bit thicker. Then you lay down even more plaques, even thicker, and then it starts to really impede on blood flow, and then inflammation, and endothelial damage, so damage to the inside lining of the blood vessel wall happens. Which then makes it even easier for more plaques to get laid down. Then eventually, if the plaque actually starts to rupture, that creates even more inflammation and more endothelial damage, and it does increase our risk of a clot forming there. And when those clots form in your coronary arteries, that’s known as a heart attack, or myocardial infarction. When a clot forms in a blood vessel in the brain, you can actually get a stroke.

So, we do want to mitigate any inflammation, especially inside the blood vessels. And there are several other advanced markers we can look at that give us more information and can further stratify your risk. And of course, you know, there are some testing methods you can use to see if you’re actually laying down plaques. You can look at something called the CIMT, carotid internal medial thickness. It’s an ultrasound that kind of looks at the carotid arteries and sees how much plaque is laid down there. The theory is that that is a reflection of what’s going on in the coronary arteries. Although I’ll tell you that’s not 100% true. I’ve had a little small handful of patients now where the carotids have come back clean, and one of them had come in to see me had already had a heart attack. But the carotids were 100% clean. So it doesn’t correlate 100% of the time.

You can also do something called a Coronary Calcium Score. That is a CT scan. So there is a little bit of radiation involved there, but that actually tells you how much calcium is laid down in the coronary arteries, basically how much hardening of the arteries there are. And then of course, if you go to see a cardiologist, they will do things like, you know, a 12-lead EKG, and maybe even an echocardiogram, an ultrasound of the heart to look at the structure and function. And also of course, a stress test, and there is a couple different ways to do a stress test, and that can help further stratify risk.

Of course the 100% tried and true way to see what’s going on inside the coronary arteries is, of course, a cardiac catheterization. This is something that’s done by an interventional cardiologist where they will put in a catheter. Usually they’ll do a puncture down by the groin, and come into the blood vessels there, and thread a catheter up and into the coronary artery system, and shoot die in there, and see what’s blocked and what’s open. That is the 100% sure way to know what’s going on, but of course it’s the most invasive way. And in functional medicine, you know, we can, as I just mentioned earlier with the blood tests, we can kind of get at least in the ballpark to figure out what your risks are to further stratify your risk. Just because your cholesterol is high doesn’t mean that you have inflammation, or laying down plaques, but it might. And so you’re going to want to figure out where you are along that pathway so you can figure out how much intervention you need to do.

Read all of Dr. Emily’s latest updates to stay informed about ways you can upgrade your approach to wellness.
No spam, notifications only about new products, updates.
PrevPreviousTesting for Type 2 Diabetes
NextCholesterol, Genetics and MetabolismNext